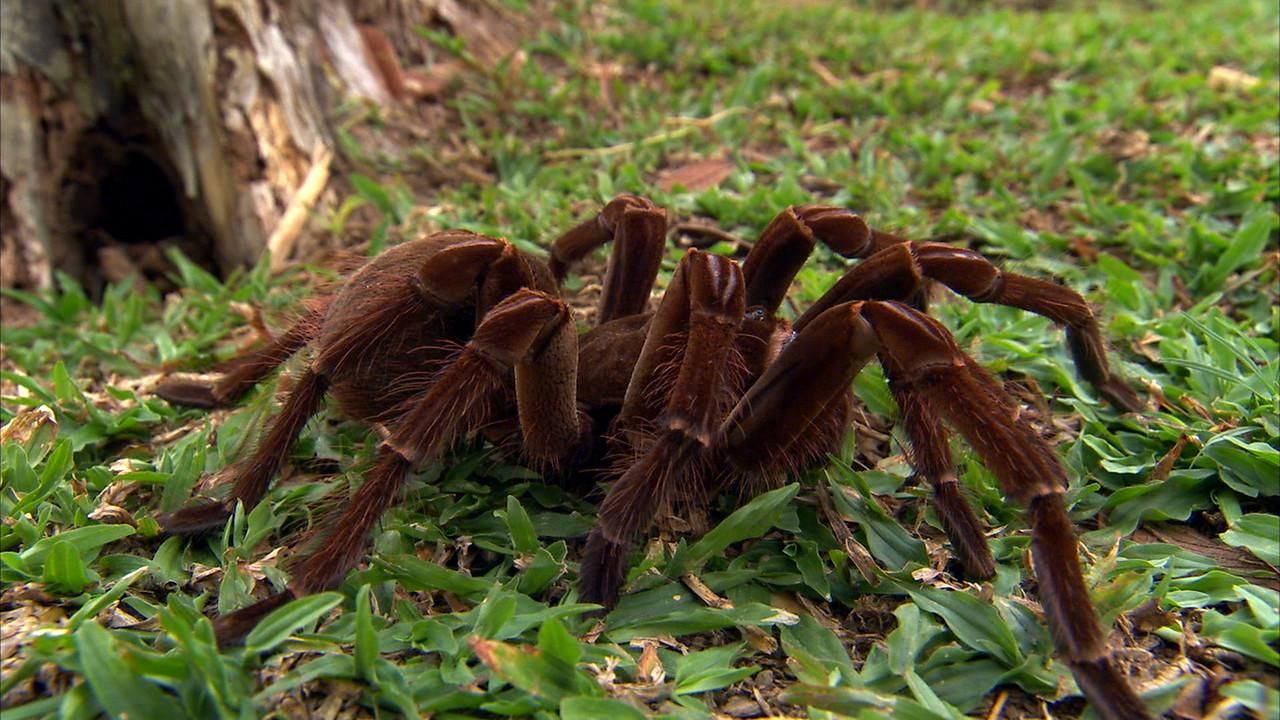 Richard begins his mission travelling like the locals in an unstable dugout canoe. The river is at record lows putting him frighteningly close to hungry caimans. His intended target is a tiny village far up the Rio Negro where rumors are emanating of a giant spider that's attacking villagers. Richard informs us of similar tales from around South America: in Colombia there's a spider so venomous they've nicknamed it the "horse-killer" and in Venezuela parents are afraid of an eight-legged monster so large it's said to be able to snatch a child. Richard learns valuable clues about the spider's size, its habitat, its food and uses all this information as he scours the treacherous jungle for a potentially monster new species. Along the way he encounters other feared Amazonian animals like the piranha and the dart frog, before finishing up face to face with the real giant behind the tales.