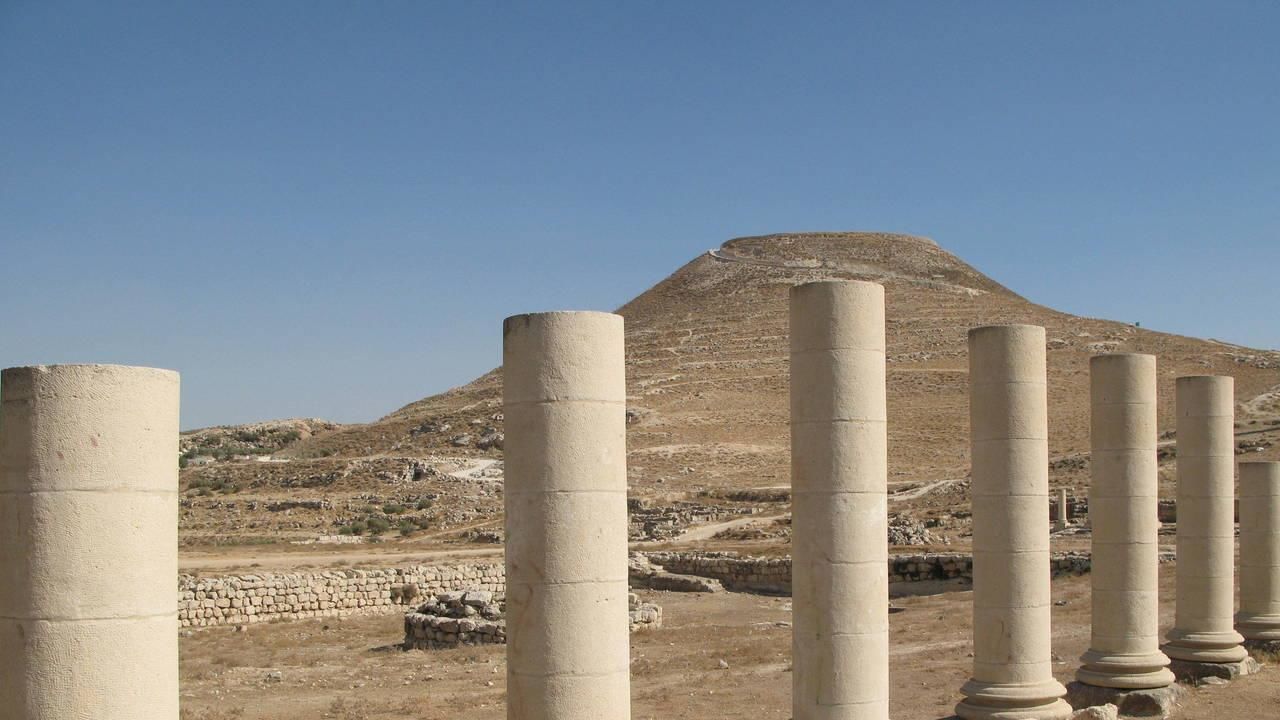 Look at King Herod's architectural achievements and the search for his lost tomb.

Herod the Great is one of the Old Testament's worst villains, best known for ordering the massacre of all male children in Bethlehem under 2 years old. Although few scholars believe the story is true, Herod's bloody reputation has obscured the fact that he was also one of the greatest architectural masterminds in world history. The fortresses, temples and cities he commissioned were so audacious, they continue to astound contemporary architects and engineers. But despite a plethora of structures built in his name, one riddle has remained unsolved for decades — where was his tomb?

We join Israeli archaeologist Ehud Netzer, who has searched for Herod's tomb for three decades, as he and his team peel back thousands of years obliterated under the sands in a crusade for clues.

Netzer finally discovers Herod's tomb with the help of Flavius Josephus, a first century AD historian from Jerusalem. Because of Josephus' writing, Herod is the best-documented character in the New Testament; more is known about Herod than about Jesus. Josephus described Herod's life, death, and even his funeral, which ends at Herodium. However, Josephus never described exactly where Herod's tomb was. To find it, Netzer relies on a his vast knowledge of Herodian architecture he had honed by excavating at classic Herodian sites like Caesarea, Masada, the Second Temple, and Jericho.

In and around ancient Judea, Herod built some 22 world-class temples, palaces, fortresses, and cities. At Masada he turned a crude mountaintop stronghold into a fortified palace complex that seemed to defy gravity. At Caesarea he built one of the Mediterranean's largest deep-water ports, a feat some believe should be considered one of the Seven Wonders of the Ancient World. With his expansion of Jerusalem's Second Temple, Herod built one of the largest sacred complexes of its time, dwarfing the pagan shrines of Rome, equal to the size of about 26 football fields. Finally, at Herodium, Herod built one of the largest palace complexes anywhere, and chose to be buried there. We help bring Herod's amazing architectural triumphs to life.