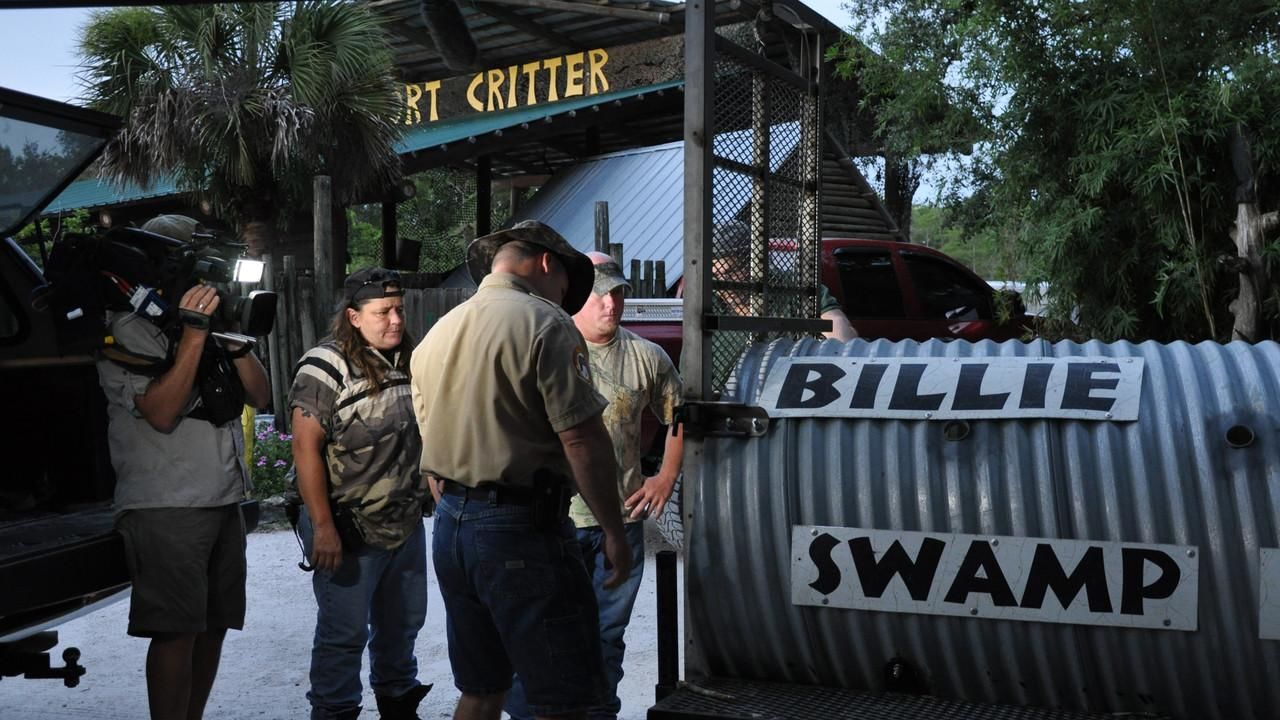 Swamp Men explores the daily operations of an animal park set in Florida's Everglades that is run by the Seminole Tribe of Florida. Their goal is to immerse the public in some of the wildest land in North America, and to teach the respect for animals that's been a part of the Seminole culture for generations. The park is located on the north end of the Everglades in Big Cypress Swamp, and home to over 1500 animals that roam across 2200 fenced-in acres. It takes a full time staff to care for Billie Swamp's animals while keeping its visitors safe.  The man in charge of it all is park director Ed Woods. Ed's edgy management style coupled with the opportunity to work in one of the most dangerous professions on the planet has attracted a group of characters unparalleled in the business, each member of the staff bringing their own unique skill set and passion to the job.  To deliver a safe adventure to their guests and act as stewards of the environment in the unforgiving Everglades landscape, they operate as a team.