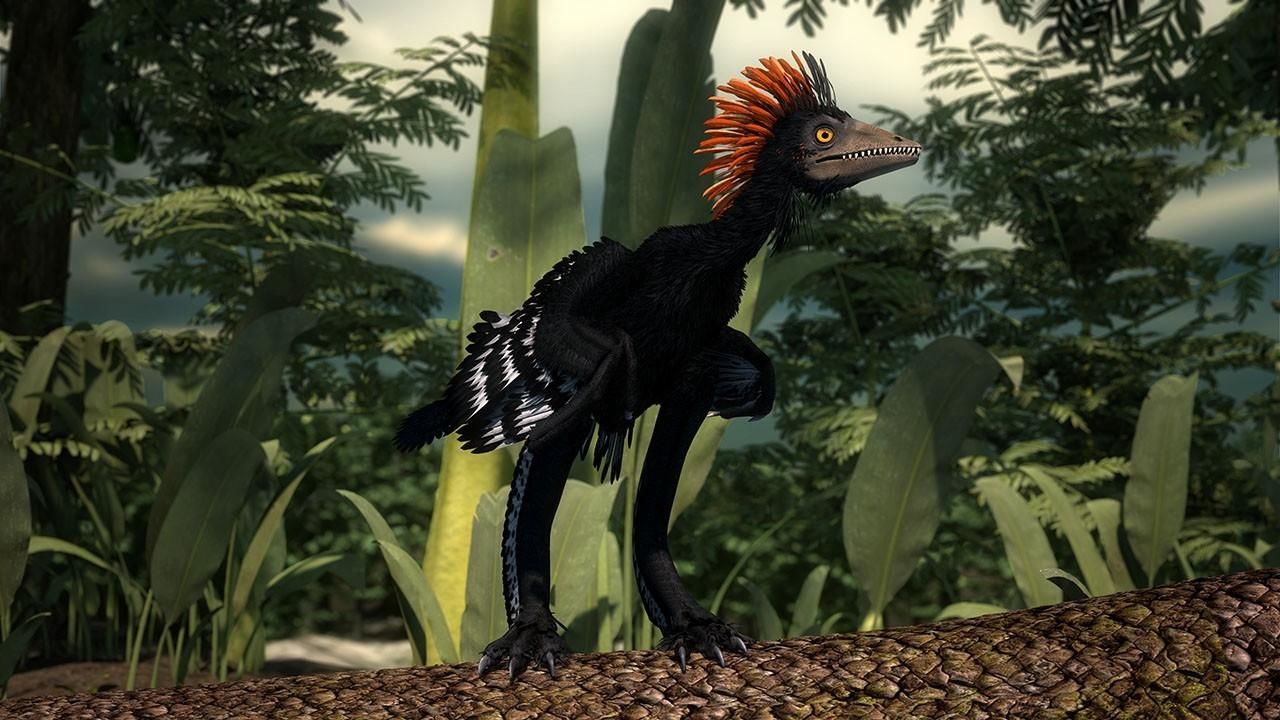 For hundreds of years, we thought dinosaurs ruled the planet as scaly, reptilian beasts.  Huge lizards that terrorized early Earth.  But new scientific advances are proving us wrong, and painting an entirely new picture of the dinosaur world.  From the discovery of one—and then hundreds—of feathered dinosaurs in China, to a revolutionary new method of reconstructing original color from fossilized feathers, scientists are building a new picture of what dinosaurs actually looked like, how they behaved, and what their feathers were for.  The new finds are also deconstructing the image of the infamous T-Rex, whose fearsome reputation as a lizard-like, cold-blooded killer is being shattered by fuzzy babies, flamboyant patches of eye-catching feathers, stay-at home dads, a birdlike posture, and a shocking connection to today’s common chicken.
Read More