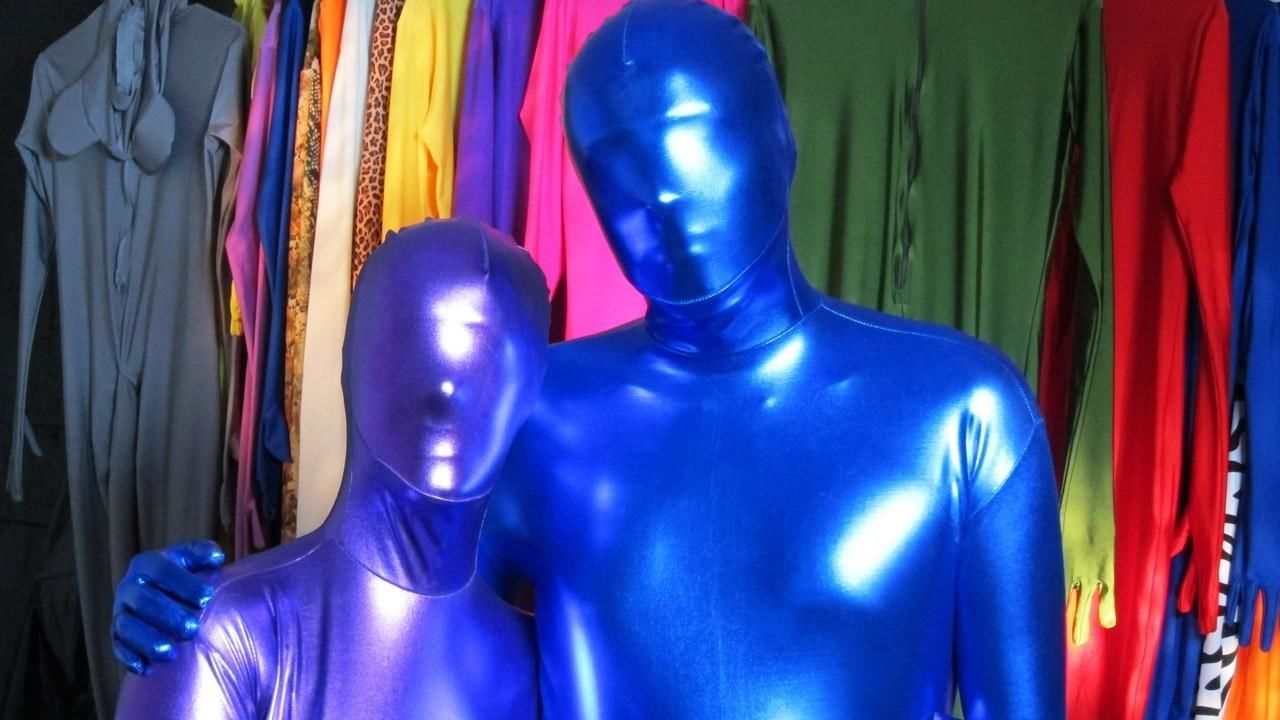 How do these new episodes differ from previous Taboo seasons?

This is the first season of Taboo shot entirely in high-definition, giving the viewer a unique insight into cultures and rarely revealed subcultures in lavish wide-screen vivid colour. It’s a journey to southern Ethiopia, deep into the Amazon forest, to the highlands of New Guinea and the Pacific Islands. The production scale is more cinematic, more confronting, but still up close and personal as individuals allow our cameras uninhibited access to their worlds.

You filmed in some incredibly remote communities. How did you gain access?

We filmed in 19 countries across six continents, and in many cases, the tribes or cultural groups were unfamiliar with camera crews. We relied heavily on local contacts and guides who led us into the more remote regions and advised us about local protocols and customs. One of our researchers, Sandra Welkerling, is an Australian anthropologist who studies tribal customs and spent many months in Papua New Guinea. Our access to the Bena Bena tribe was due to her field trip months in advance to contact and communicate with the tribe, and her return visit with a small mobile camera unit to film their initiations. In Sumba, the Pasola, a fast and furious spear-throwing event on horseback, takes place only if the priests determine that the environmental signs are favourable. In this case the entire trip came down to whether the sandworms appeared on the beach during a certain week in January. This would occur only four weeks before the event. Have some sympathy for the production coordinators who were dealing with a 10-week turnaround on visas for the crew! And in other cases we were not as fortunate. The Mursi tribe of Ethiopia, by all accounts, were conducting their Donga stick-fighting elimination battle during a certain week in September. Our crew flew and drove for days, crossing a recently flooded river to get to the tribe, only to find they had all but disappeared by the time we arrived. The tribe had gone to war with the neighbouring Bodi tribe only days before, so all the Mursi men and elders had left their tribal lands. No tribe. No story.

How did you choose the stories you feature?

Within each episode we strove for a mosaic of cultures and subjects to present a specific theme from three or four different points and counterpoints. The aim was to find stories that gave the viewers some understanding as to why a certain “taboo” is important, even vital, to the group or culture. And we sought characters through whom we could gain a perspective we might not have considered. It was also important for us to include at least one story in most episodes that held a mirror up to our western society. By examining the taboos in our own backyard, we can measure our values and prejudices against those of foreign cultures. Some of the things we regard as acceptable would be regarded as extreme to people of different ethnicities. For example, we see women in northern Thailand extend their necks with brass rings almost beyond human recognition. To us that is extreme body modification. But how would they regard our western obsession with surgical implants?

Has making this series influenced your own feelings about what is taboo?

Yes, my mantra is that it’s best not to judge until you know.

How did people react to you? Was it hard to get them to open up on camera?

Typically we had to communicate using two translators — one to translate from English into the national language, and the second to translate into the local dialect. Naturally, everything took a long, long time. The simple phrase “Don’t look at the camera” became a painstaking request. Some indigenous groups are shyer than others. Generally, the tribal people were proud of their practices and wanted the world, or their concept of the world, to hear and witness their stories. We invited everyone to tell their story in their own way. The stories are told without judgment and the audience is left to make of it what they will.

What was the most challenging story to film? Most enjoyable?

It’s very hard to limit it to one or two. Sometimes the most challenging stories are the most enjoyable — when we’re successful. The scale ranged from a lone pastor collecting deadly snakes in the U.S. to a near-naked mob of ten thousand Japanese desperately pursuing one naked “Spirit Man”. For that particular story, we had to have cameras positioned in various strategic locations because no one really knew when or where the naked man would appear. Our intrepid producer Jeremy Adair took his camera into the middle of the fray and stripped down to nearly nothing to blend in with the crowd. He was lucky to come out unscathed.

Did you ever fear for your safety during the making of this series?

We took a considered rather than cavalier approach to filming; however, unexpected events sometimes put our crews in harm’s way. In one country, a local guide had a gun held to his head because of a perceived indiscretion. In Benin, our producer contracted suspected malaria. She was running temperatures and was hallucinating on the job. A voodoo priest gave her some sort of blessing or spell — we still don’t know exactly what — and the illness lifted almost immediately. In the Amazon, two of our crew of three were rushed to hospital and spent days on an IV drip with another exotic illness. A cameraman had blood splashed into his eye in the Philippines while filming the self-flagellation and then crucifixion of devout Catholics. In those unprotected environments, the risk of blood-borne diseases is considerable. Luckily, everyone is doing OK.

You filmed some rituals that are very personal, such as initiation rites. Was it difficult to remain unobtrusive?

We were always sensitive to the cultures we were invited into, and the ongoing challenge was to film as closely and in as much detail as location and participants would allow, while not intruding on what was sometimes a very intimate, dangerous or self-absorbing moment. There were times when we decided to send a producer cameraman instead of the usual crew of three or four. These were times when discretion and mobility were of utmost importance. It’s easier for one person to gain trust than for a delegation. For instance, shooter/producers were successfully deployed to the jungles of New Guinea, where boys were taking part in painful initiation rituals; and to the snow tops of Vermont, where Christian nudists prayed and played naked.

What practises did you find the most shocking or surprising?

Any rituals or extreme beliefs that involved children had the toughest effect on the crews. The three stories that come to mind are breast ironing in Cameroon, where pubescent girls will have their breasts pounded with fire-heated posts of wood to suppress their womanhood — a practice carried out by their mothers; Mingi, the belief of the Karo tribe that all members have to be physically perfect for the tribe to survive and that anomalies, like twins, a cleft lip or a baby’s teeth coming through the wrong way, must be dealt with by leaving the child to die; and in Papua New Guinea, where young adolescent boys are subjected to the most bloody and agonising initiation where their skin will be deeply cut by razor blades up to a thousand times to give their skin the appearance of crocodile hide.

What would you like viewers to take away from this series?

A sense that they’d visited another world and come away knowing a little more. Hopefully, Taboo gives viewers an intimate experience of little-known cultures, and perhaps encourages them to see their own world in a different way.
ADVERTISEMENT