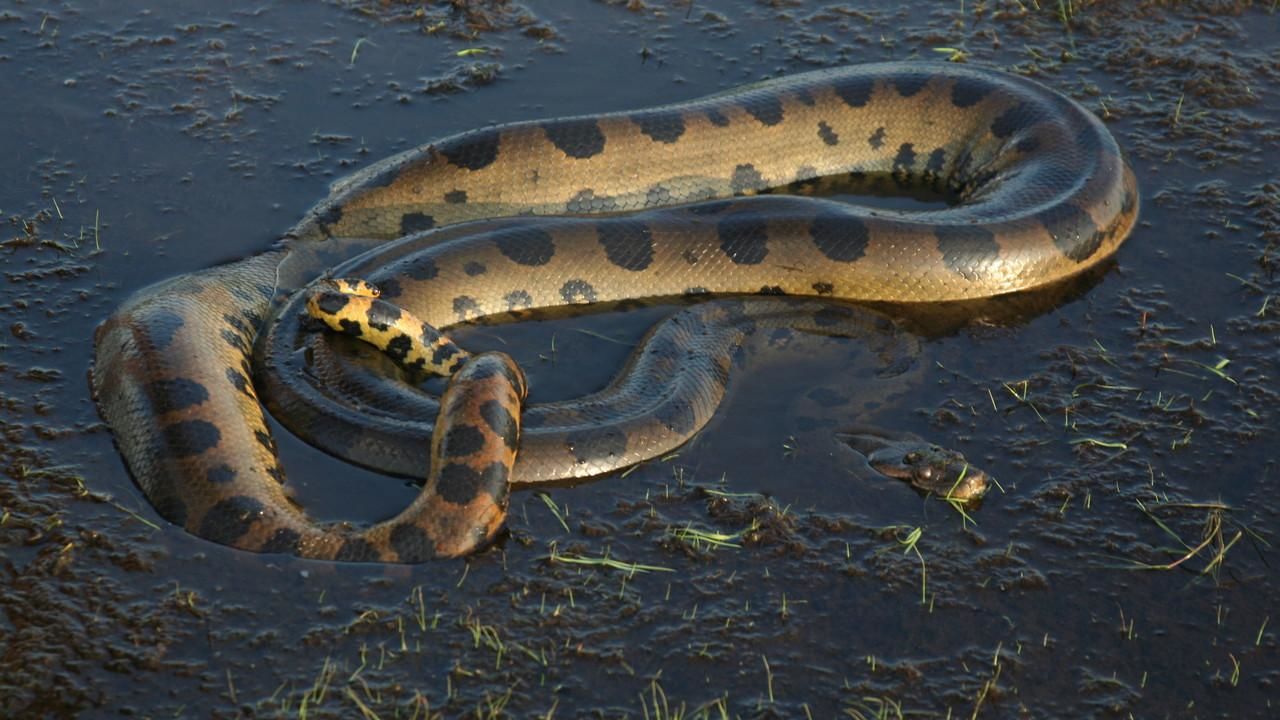 Anaconda - the mere mention of its name brings images of an awesome and terrifying killer snake!  For Dr. Jesus Rivas and his wife, Dr Sarah Corey, anacondas represent a challenge as they try to unravel the mysteries surrounding these massive reptiles.  Like most snakes, anacondas have suffered greatly from exaggeration and scary folklore.   Pound for pound, the South American anaconda is the world’s largest snake.  But its reputation as a killer is wrapped in myth and legend.