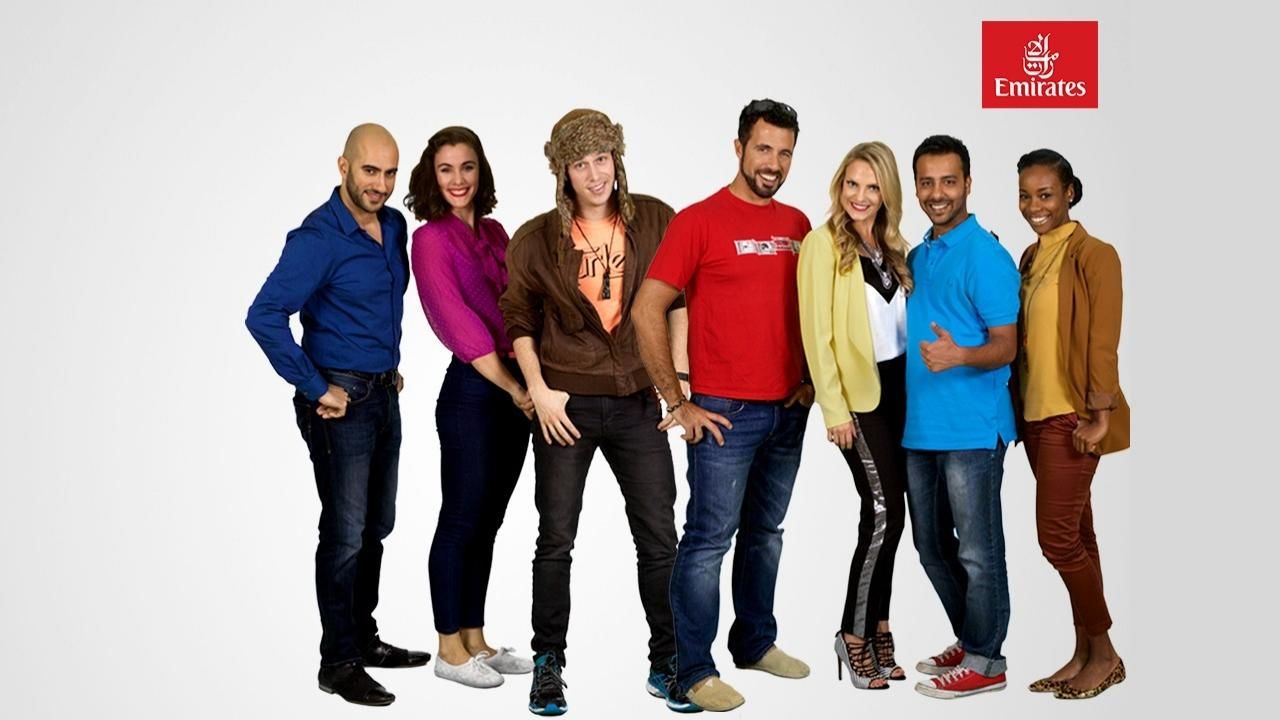 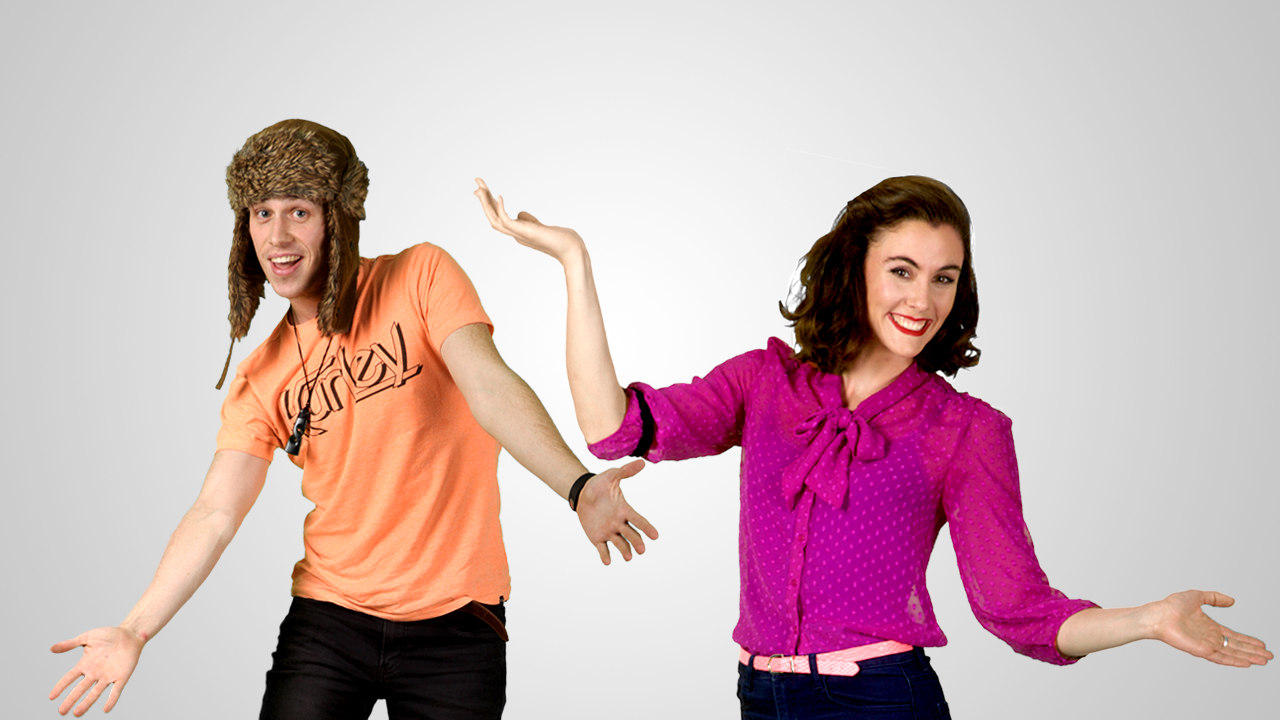 Emirates cabin crew Jeremy didn’t grow up like your average Australian teenager. Moving out at 17, he decided to study media and film until venturing to Malaysia to volunteer as an English teacher.  With this insatiable thirst for exploring the unknown and immersing himself in new cultures, he joined Emirates as cabin crew with whom he has been able to pursue his love for travel and languages. On his first day at Emirates, he met Christine whilst riding the bus with the other new trainees. Laughing throughout the entire journey he thought she would be good fun and decided to tag along with her - they’ve been best friends ever since.

Canadian Christine and Jeremy bonded over one of their favourite pastimes:  rollerblading in the park. Sporty Christine lives for the outdoors and leads an active lifestyle, at one point she even ran at a competitive level. Always curious and keen to explore, she finds her new discoveries inspire her art, drawing and painting. In fact, Christine harbours a secret ambition to act and dance in a Bollywood movie - ideally in her rollerblades!

On a trip through Europe by rail, Christine learned that travel leads to inspiring new stories and meeting new people. This opened her eyes to the real world out there: not just the perfect picture postcards of tourist attractions, but being able to walk around a new neighbourhood, fully immersing herself in a place, experiencing it like the locals do.  This is a trait she shares with Jeremy, so together they look to explore the unknown - getting lost and going with the flow, figuring things out as they come. 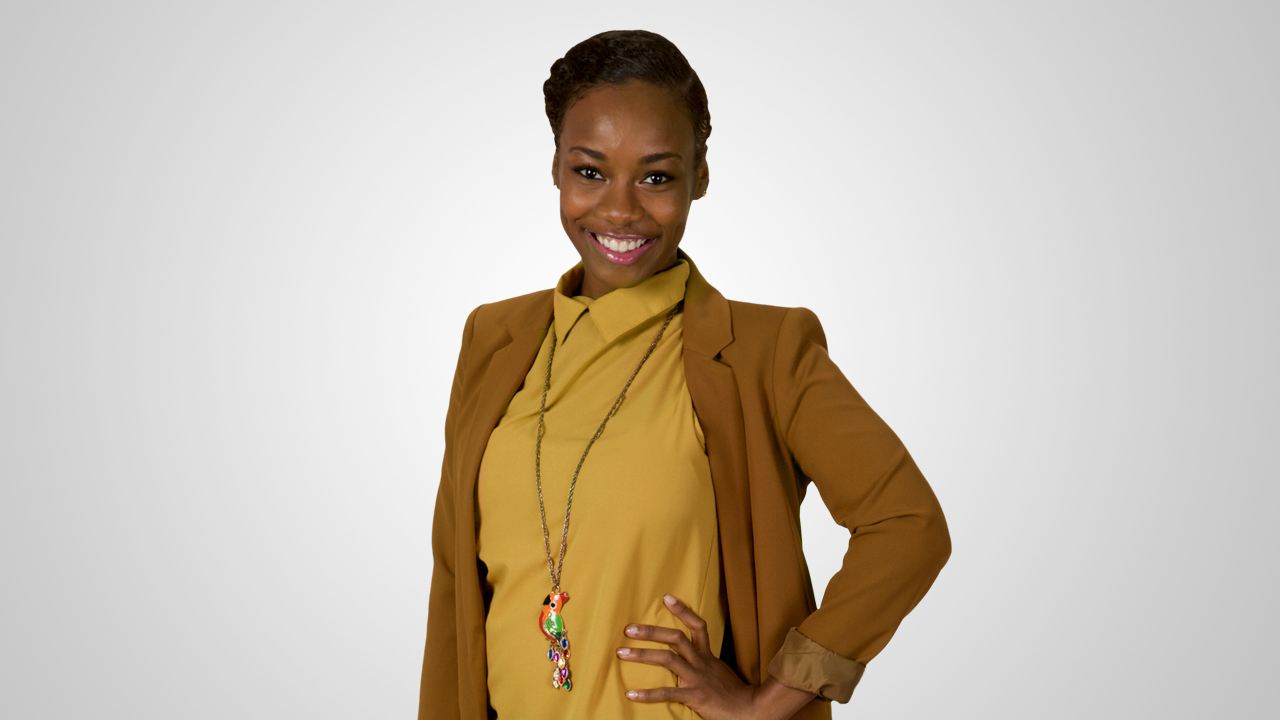 Born and bred in North Carolina, Tamara’s small town prospects were unlikely to lead to her becoming a member of Emirates’ cabin crew. Where she comes from, it’s rare for people to even have a passport, never mind travel across the world on a daily basis.

Her desire to travel stems from an opportunity she was given to study abroad. The experience opened her eyes to the beauty of the world. To Tamara travelling is the most enriching activity for personal self-growth and betterment.

Unknown to many of even Tamara’s closest friends, she harbours a debilitating fear of heights - an uncommon phobia amongst her colleagues seeing as they soar thousands of feet above the ground for a living. Her solution? She bravely faced and conquered her fear by skydiving. She even did a bungee jump… never again, she has vowed, but at least she gave it a go.

Now Tamara makes a habit of challenging herself and with surprising results, truly believing that exploring her own limits has allowed her to grow and become a better version of herself. 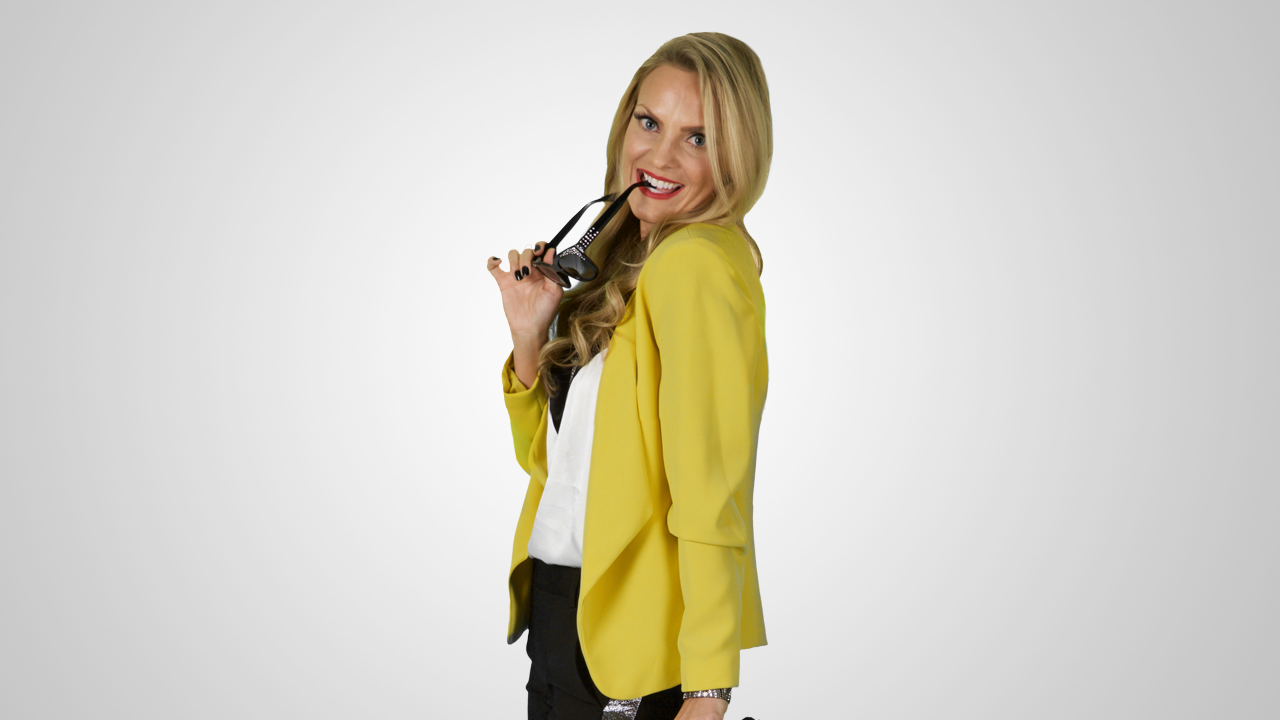 All-American girl Ashley hails from Austin Texas. Despite always having had a love for travel and flying, she only realized she could make a career of it after a chance conversation with another student in her accounting class at university. Once her classmate had revealed that there was a piloting course at their university Ashley decided to enroll. She took the course like a duck to water and has been flying planes ever since.

Often people are surprised when Ashley tells them what she does for a living. Naturally she wishes more girls were in the business and hopes to inspire other young women by letting them know that it is possible to be a girly girl, love fashion, wearing high heels, pretty dresses and doing a male dominated job at the same time. In short: don’t judge a book by its cover because in this day and age, if a girl puts her mind to it, she can be whatever she wants to be.

Ashley is the proud owner of an impressive collection of shoes. When she travels she loves to find unique pieces from local artisans, designers and shoe makers. She is a firm believer fashion is a true representation of a country and its culture, history and traditions. Over time, she has created her own unique style by mixing and matching different cultures and trends. 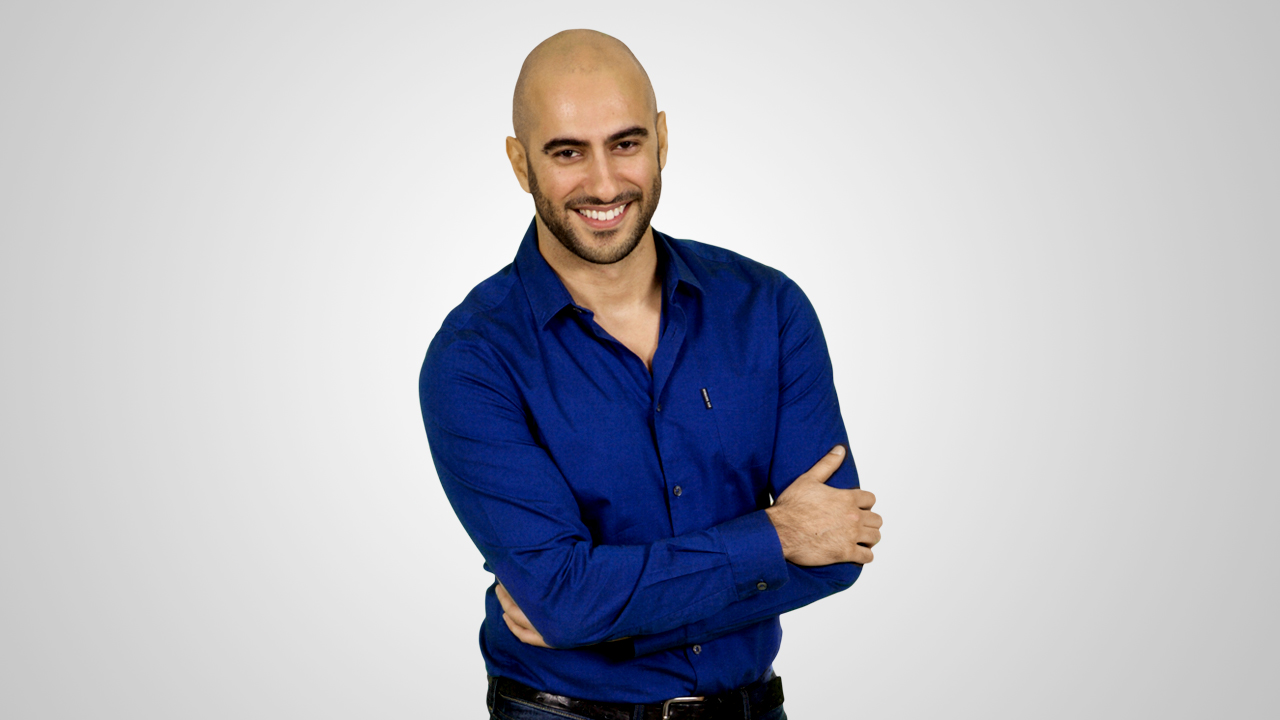 As the son of a diplomat, Shahab is no stranger to being exposed to different countries and cultures.  The UAE national (Emirati) grew up in South Korea and attended college in the States before returning to Dubai for good.

Wherever he has lived around the world, what has never failed to comfort Shahab is his Mum’s excellent cooking. He has a passion for food, especially for big, hearty, homely dishes, cooked the way the locals like it. Combining a love for food and travel, Shahab is on a quest to discover the best food in the world, particularly its street food and local restaurants.

To Shahab, food is the universal language. When people gather around a table to share great food, good conversation is sure to follow - even when your company doesn’t speak the same language. 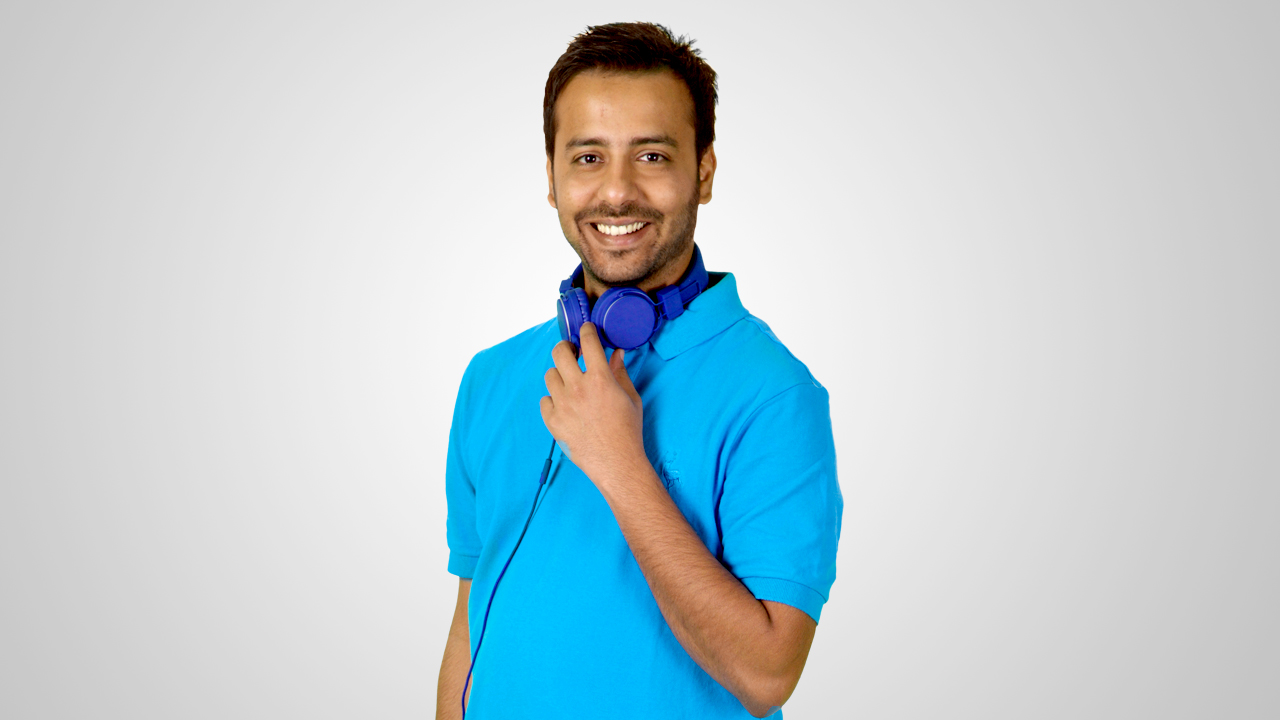 Music is undoubtedly in Nimeet’s blood. Both his parents are musicians and singers who for as long as he can remember encouraged him to listen and appreciate different styles of music. Although never formally trained, Nimeet can play many different instruments including the piano, guitar and most of the percussion instruments.

Despite his shy personality, Nimeet loves to sing and perform. Music has helped him to communicate with others, even when he hasn’t been able to speak their local language. His plan is to travel the world with his instruments in tow and record local sounds and instruments. He hopes this will inspire him write and make new music once he’s back home in Mumbai, India.

Ideally, Nimeet plans to spend time with local musicians, taking the chance to soak up some of their knowledge. Once he finds out more about their local folk music and perhaps has even learned how to play their instruments, he sees himself joining them at their local hang out for a jam session. 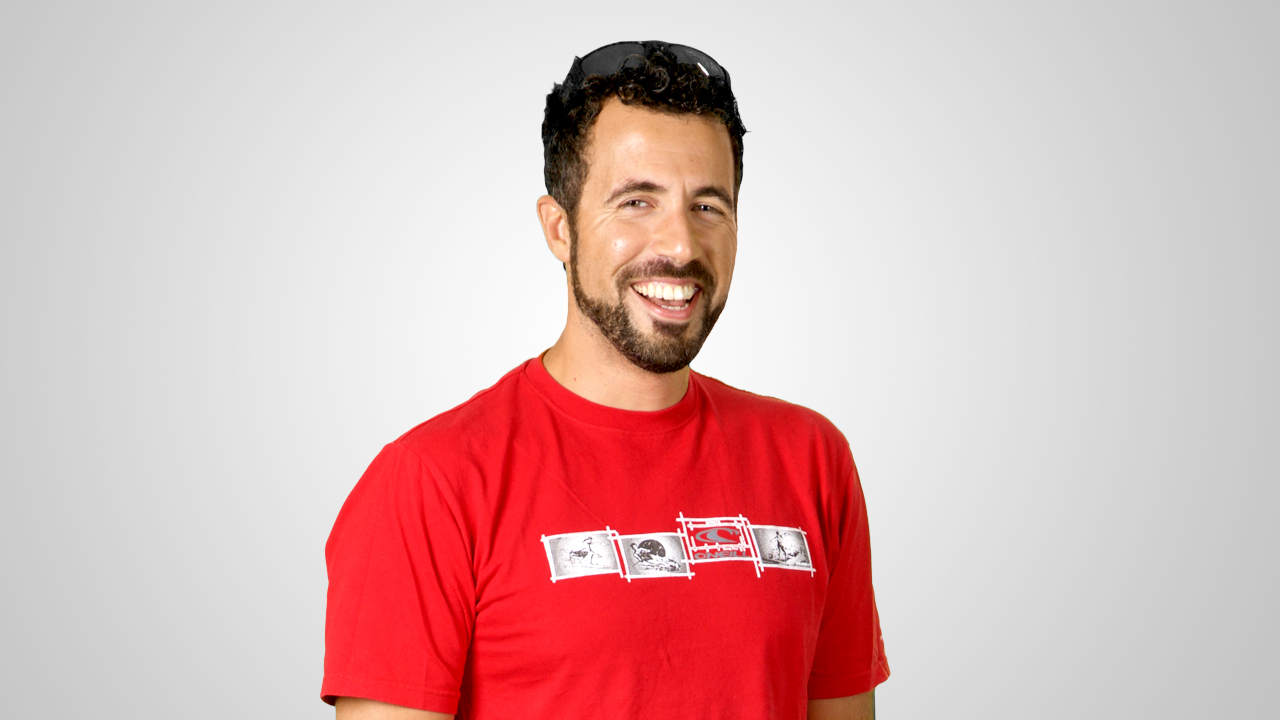 Irish born Rahed grew up in Beirut, Lebanon after moving there with his Palestinian parents. Even as a boy, he was highly active and into extreme sports, constantly craving the adrenaline rush. He looks back on his childhood and remembers himself as ‘a crazy kid’ - the only one amongst his group of friends who dared to skateboard down the steepest and longest slope in the village. While all the other kids watched looked on, he took up the challenge: a helter-skelter ride that could quite easily have ended in disaster. Even though he made it to the bottom unscathed, the adult Rahed doubts he would be quite as daring now.

Skateboards, kite-surfing, surfing, skydiving, wakeboarding, bungee jumping, scuba diving: he’s done it all. But there is one thing this daredevil won’t do: base-jumping, not just because of the danger factor, but because his wife certainly wouldn't be happy. He hopes to inspire anyone out there to try something new and push their limits.

A self-proclaimed people-person, Rahed is not scared of chatting to new people and making great friends along the way - even when he doesn’t speak the language, they still manage to talk for hours.